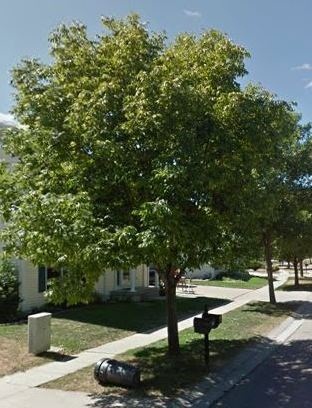 prepared for the arrival and to slow the spread of this destructive insect, the City of Ames is pursuing an Emerald Ash Borer Response Plan that balances public safety with a commitment to replanting trees on public land.

There are more than 2,300 public ash trees in City right-of-way, in maintained areas of City parks (including along paved trails), and at City-owned facilities. Ash trees represent 16 percent of all public trees in Ames, which is higher than the 10 percent recommended for optimum diversity.  Map of Ash Trees on Public Property

The Ames City Council approved the EAB Response Plan to extend the environmental, social, and economic benefits of ash trees, and to increase the diversity of the urban forest, while being fiscally responsible to Ames citizens. The plan pursues a phased treatment and removal process for public ash trees. In the first five years, a predetermined number of ash trees would be removed based on public safety, tree defects, size, and costs. The annual removal process would spread costs over a longer time period, allow staff to reevaluate the plan regularly, and limit the visual impact on streets lined with ash trees. Some ash trees will be treated, but only to keep EAB from killing the tree before it can be removed.

Although EAB will have a major detrimental impact on our community over the next several years, this challenge also presents Ames with an unexpected opportunity to bring greater diversity to the public trees in our urban forest. Through the one-to-one replacement program, a variety of saplings will be planted at a size of 1-1/2 inch, which is optimal for establishment and survival of new trees. Since most tree removals will occur during the winter, there will be a time gap between removals and the replanting of new trees.  Care and Watering Guidelines for Newly-Planted Trees 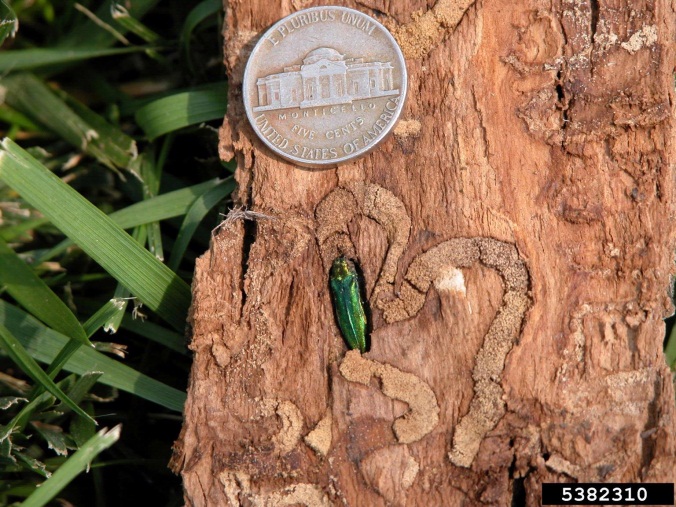 What is Emerald Ash Borer?  EAB is native to Asia and was likely introduced into North America via cargo ships or planes. The beetle is bright metallic green in color and is visible to the naked eye, but small—about the size of Abraham Lincoln’s head on a penny. The adult beetles eat ash foliage but cause little damage to the tree. It is the larvae that cause destruction. Larvae feed on the inner bark of ash trees, preventing delivery of water and nutrients to the tree, causing it to die.

What Can Property Owners Do?  The EAB strategy is primarily geared toward trees on publicly-owned property; however, homeowners can also help prevent the spread of the insect on their property by observing the following suggestions: