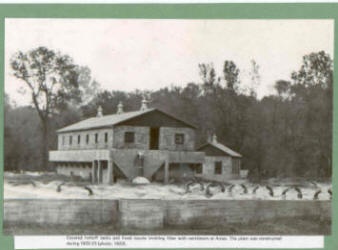 A Proud and Long History

The first Water Pollution Control (WPC) Facility built by the City of Ames was constructed in 1904 on the southeast corner of South Duff and South 5th Street. That treatment plant and an earlier one built on the Iowa State University campus in 1898 were both designed by Anson Marston, first Dean of Engineering at Iowa State University. The campus facility was the first secondary treatment plant built west of the Mississippi River. In 1922 Ames built a new plant on Oak Street just south of the present Department of Transportation complex. The University also built a new plant northeast of the campus at about the same time. The third facility, designed to serve the entire Ames/ISU community, was completed in 1950 at a site then far outside the City, east of Duff Avenue, and south of present Highway 30. 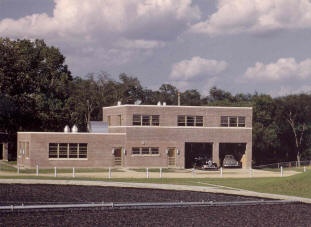 In 1971 the City received notification from the state regulatory agency of the need for treatment facility improvements. However, work did not begin until 1975 after authorization by state and federal agencies under the federal wastewater construction grant program.

In June 1977, a preliminary engineering report was presented to the City Council recommending a new facility at a new site yet to be selected. In June 1979, the final Facilities Plan was submitted recommending a site approximately four miles southeast of the 1950 location. That recommendation was accepted and then reaffirmed in June 1980 by the City Council after an extended series of public hearings. Final acceptance of the Facilities Plan by the state agency was not received until September 1981. In January 1982, EPA issued its Finding of No Significant Impact for the proposed Ames Project.

In 1980, Ames lost its ranking in the construction grant program and appeared to have little chance of any outside funding. By sustained effort, however, the City was restored in 1983 to a priority funding position second only to the Des Moines Metro Project. Before detailed design could begin, it was necessary to prepare and submit a revised Facilities Plan. This was completed in 1984. The revised Facilities Plan incorporated the change to the trickling filter/solids contact process for final design.

The 4.1-mile interceptor sewer from the 1950 facility to the new plant site was designed by city engineering staff and built during the winter of 1986-87. Many area residents will remember the unusual sight of crews working under floodlights at night to install this line on a round-the-clock basis during a very mild winter. The outfall sewer from the new facility to the Skunk River was built in the fall of 1987. 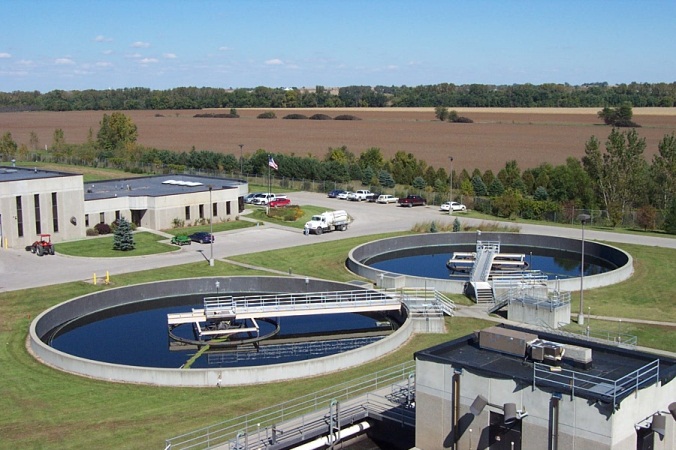 The City was under a State Administrative Order to meet effluent discharge limits by July 1, 1989. On May 8, 1989, treated effluent from the 1950 plant was diverted into the interceptor and routed to the new facility. There it received additional treatment in the trickling filter towers followed by final settling. By the end of May, ammonia levels in the effluent from the new facility were meeting permit limits. In October, the operating staff began a well-planned gradual transfer of load to the new facility. By November 4, the old plant was providing only primary settling. Early in the morning of November 16, 1989, the old plant was bypassed completely, and the new facility began full operation.