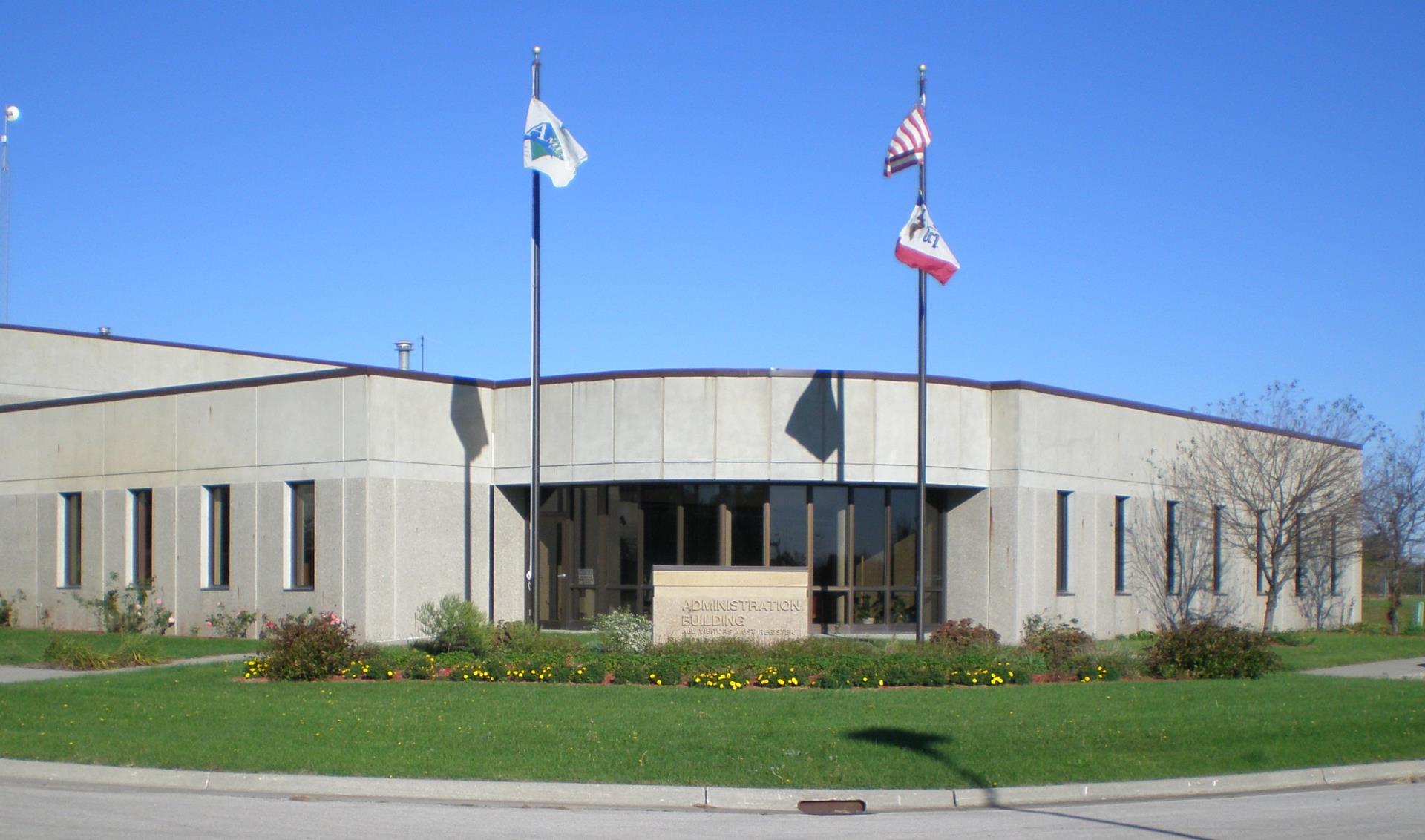 For the 25th consecutive year, the WPC facility earned the award for outstanding compliance with discharge elimination systems. 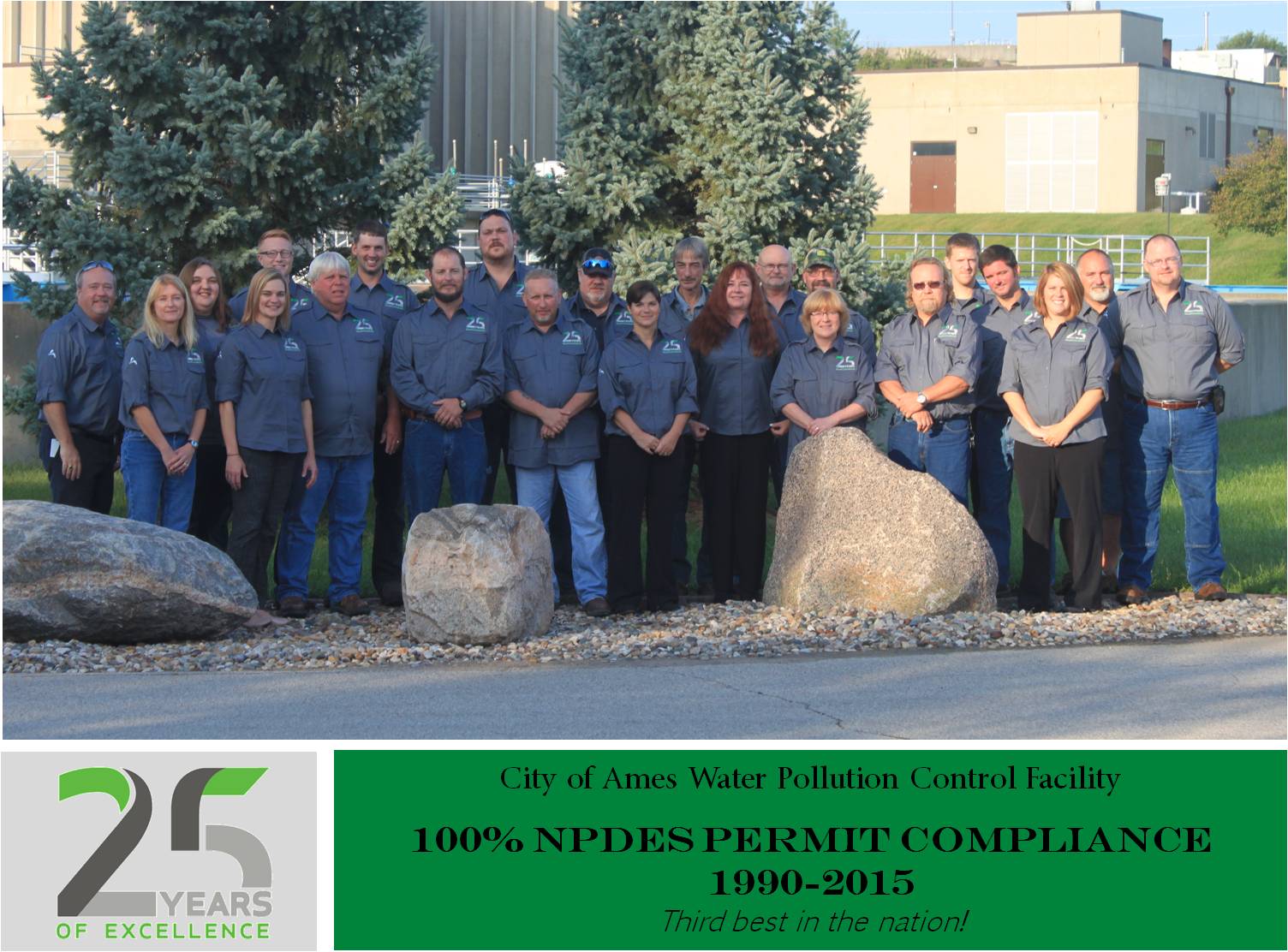 Information About the Facility
The Water Pollution Control plant first became  fully operational in 1989.  It is an advanced secondary treatment facility and provides wastewater treatment for residents, commercial and industrial customers in Ames and for Iowa State University and the City of Kelley.

The facility provides wastewater treatment to over 18,000 homes and businesses within Ames. In addition, service is provided to the National Centers for Animal Health (National Animal Disease Center and National Veterinary Services Laboratories) and Iowa State University campus.

The collection system which transports the wastewater to the facility is maintained by the City of Ames Public Works Department.

Revenue from sewer customers pays all costs of the sewer utility, including the new construction needed to keep pace with our growing city. No tax funds are used for any part of the Ames sewer utility operation!

A Brief History on Ames Wastewater

The City of Ames, along with all other American cities and industries started handling wastewater by simply discharging it into the nation's water supplies.  Lakes, rivers, oceans, and streams were all becoming polluted and unusable.  It became apparent that some changes needed to be made on how wastewater was disposed of.

In 1898, Iowa State University built a wastewater treatment plant; the first of its kind west of the Mississippi River. Shortly thereafter, in 1904, the City of Ames followed suit and began the process of removing harmful materials through wastewater treatment by building a plant on South Duff where Jiffy Lube stands today.  Ames began treating wastewater over 70 years before the Clean Water Act required all American cities to do so.

In 1922, the City build a new plant near Oak Street (just south of where the DOT complex stands today) and ISU built a new facility around the same time.  Nearly 30 years later, another new plant was built east of Duff Avenue, south of Highway 30.  This facility treated wastewater for both Ames and ISU.

From 1975 to 1983 plans were made to build a new facility.  Federal funds were sought early on, but only finally secured in 1983.  This facility was constructed and put into use from 1987 through 1989 and is the Water Pollution Control Facility in service today.

Click here for a more in-depth look at the long and proud history of wastewater treatment in Ames.