Unveiling the "History of the Ames Water Department"

On August 16, 2016 Harris was bestowed the honor of opening the first box of books that had been delivered to the Water Plant earlier in the week.  With his daughter Jean (who hails from West Virginia) and W&PC staff (current and retired) watching, Harris cut open the first box, presenting the first copy of the book to John Dunn. 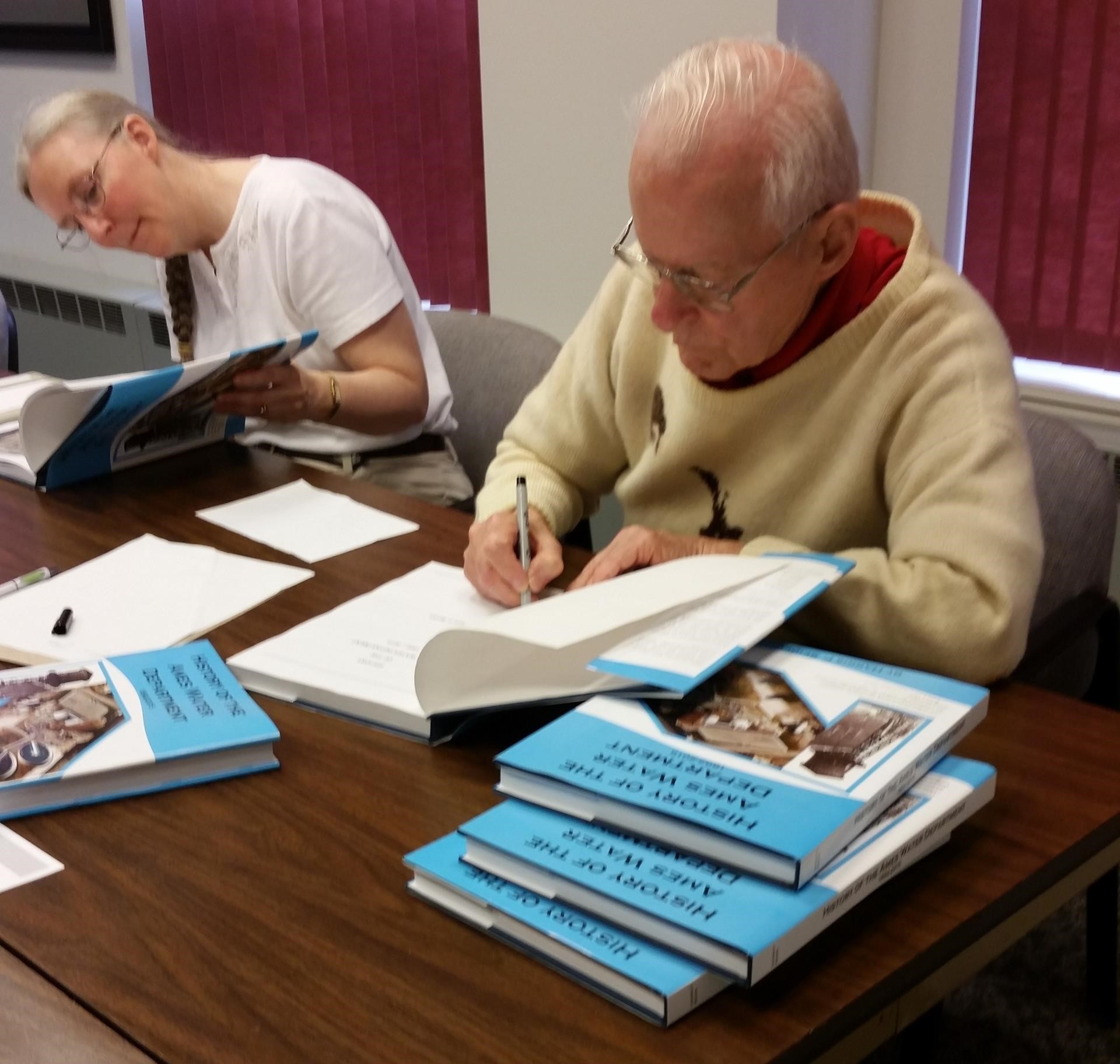 History of the Ames Water Department by Harris Seidel