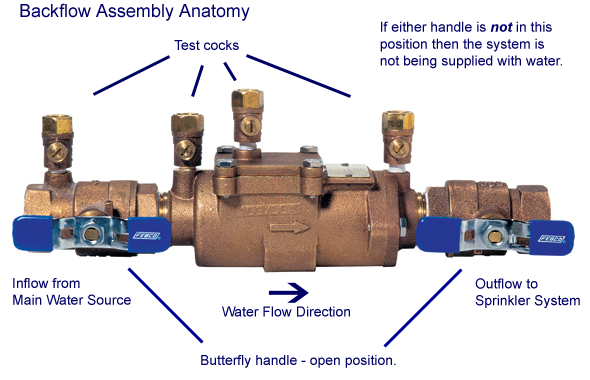 MORE PRECIOUS THAN GOLD
Our water supply is our lifeline. We literally cannot survive without it and we cannot take it for granted. When we open a faucet, we need to be confident that the water we drink, bathe in, or cook with is the purest possible.  The City of Ames is committed to providing water to its citizens that will meet their high expectations. Changes are occurring in the laws that govern water and we want our customers to have the chance to be informed.


DRINKING FROM THE COMMUNITY WELL
Two hundred years ago, we drew water from community wells. Everyone in the community helped to protect that well. In spite of all the changes in technology, we are still very close in many ways to that community well. We still need to protect our water. By protecting the water, we are protecting our community, our businesses, our neighbors, our friends, and our families.


IOWA REQUIRES CONTAINMENT
The Iowa state plumbing code requires cities with a population of 15,000 or greater to enact a backflow prevention program with a containment system. (Backflow is defined as the unwanted reversal of flow in a drinking water system.) The purpose of a containment system is to protect the quality of drinking water from the time it leaves the water treatment plant until it reaches your home. This means the water at your home meets the same standards as those at the water plant.  Many of the affected cities in Iowa have implemented their containment programs, including Des Moines, Cedar Rapids, and Iowa City.  We are committed to keeping our customers informed about backflow prevention. Backflow prevention needs to be proactive, not reactive. We a implemented this program not only because it is a state mandate, but also because we intend to prevent accidents - such as someone getting a chemical burn in the shower, a house burning down, a washing machine exploding, or having soapy water coming out of a faucet. These are actual accidents that were directly caused by backflow.


CONTAINMENT METHODS
Examples of backflow prevention devices include the following:

Click here to learn more about these various types of devices.

The DC and the RP are testable devices.  They can be tested without removing them from the line in which they are installed.  A DC is approved for use where the fluids which may backflow do not pose a health threat, such as milk backflowing from a dairy.  An RP protects whether the fluids pose a health threat or a non-health threat.  The RP is similar to the DC, but it also has a relief valve which opens to discard the water that has flowed back.


BACKFLOW PREVENTION IN THE HOME
Many of the water uses in the home have the proper protection against backflow already built in. The spout on a bathtub is installed higher than the side of the tub to keep the spout from being submerged even if the tub is overflowing. This provides an air gap to prevent backflow. Almost all baths and faucets have an air gap, along with clothes washers and dishwashers. The plumbing code requires fill valves to have a vacuum breaker to prevent backflow. A vacuum breaker allows air into a line to "break the vacuum"; this stops water from being siphoned out of the toilet tank. To be sure the fill valve has this vacuum breaker, look for the letters UPC (Uniform Plumbing Code) on the valve. Faucets for garden hoses (hose bibs) also need vacuum breakers. Most of the hose bibs installed in the last 15 years have vacuum breakers built in. If yours does not have a  built-in vacuum breaker, one can easily be added. They can be purchased at most hardware and plumbing supply stores.

For more information on bibs and how they work, click here.


WHO CAN I TALK TO FOR MORE INFORMATION?
Scott Cunningham is the Cross-Connection Control Coordinator for the City of Ames.  If you have questions about what types and levels of backflow protection is required in Ames, contact Scott at 515-239-5151 or email him at backflow@cityofames.org.