For precautionary measures, the City of Ames is not holding public meetings but we are still interested in public input and questions for this project. Please view the video above and email Nate Willey with questions or concerns. Please submit these comments by May 3, 2020. Video documents below.

The construction project on 13th Street from Wilson to Duff Ave will consist of concrete reconstruction with water main, storm sewer, sanitary sewer manhole, and ADA sidewalk ramp improvements. The project will occur in four phases (see map below) and all sidewalks will remain open for the primary portion of the project. This project falls under the Arterial Street Improvement program, an annual program aimed at the maintenance and reconstruction of arterial streets in Ames

Project Phasing (see phasing map)
Primarily for emergency vehicle access to and from the Ames Fire Station at 1300 Burnett Ave, the project will be completed in four (4) phases.  Whenever possible, at least one lane in each direction will remain open to through traffic, but side street access will be restricted for safety reasons and to ease potential congestion.  The closure of lanes on Duff Ave will not take place until necessary.

Except for the south side from Douglas Ave to Duff Ave and when sidewalk ramp improvements are being constructed, all sidewalks will remain open during construction. 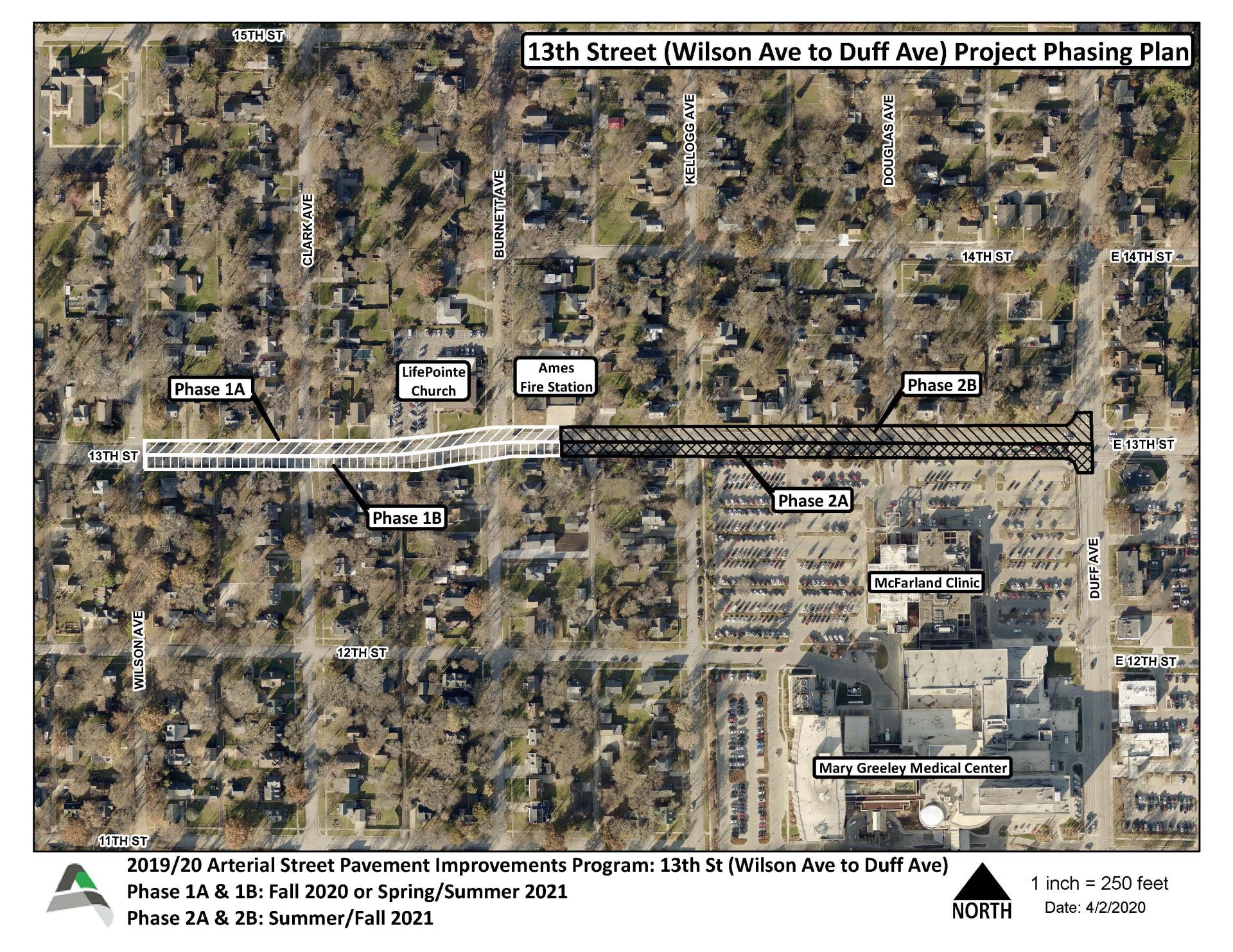 For access to McFarland Clinic and Mary Greeley Medical Center, the east entrance off Duff Ave, the west entrance (12th Street), and at least one north entrance will remain open at all times.  Truck deliveries coming from I-35 will be routed south on Duff Ave, west on 9th Street, and north on Kellogg Ave to the 12th Street entrance.

This project was originally programmed to include on-street bike facilities.  However, after following the guidance of the recently adopted Complete Streets Plan, it has been determined that alternate parallel routes should be utilized for bike facilities due to the relatively high vehicle volumes and speeds along 13th Street.  16th Street from Northwestern Ave to Meadowlane Ave has been selected as a northern parallel route, while 9th Street from Northwestern Ave to Maxwell Ave has been selected as a southern parallel route.  Bicycle friendly street signage will be installed along 16th Street and 9th Street in conjunction with this project. 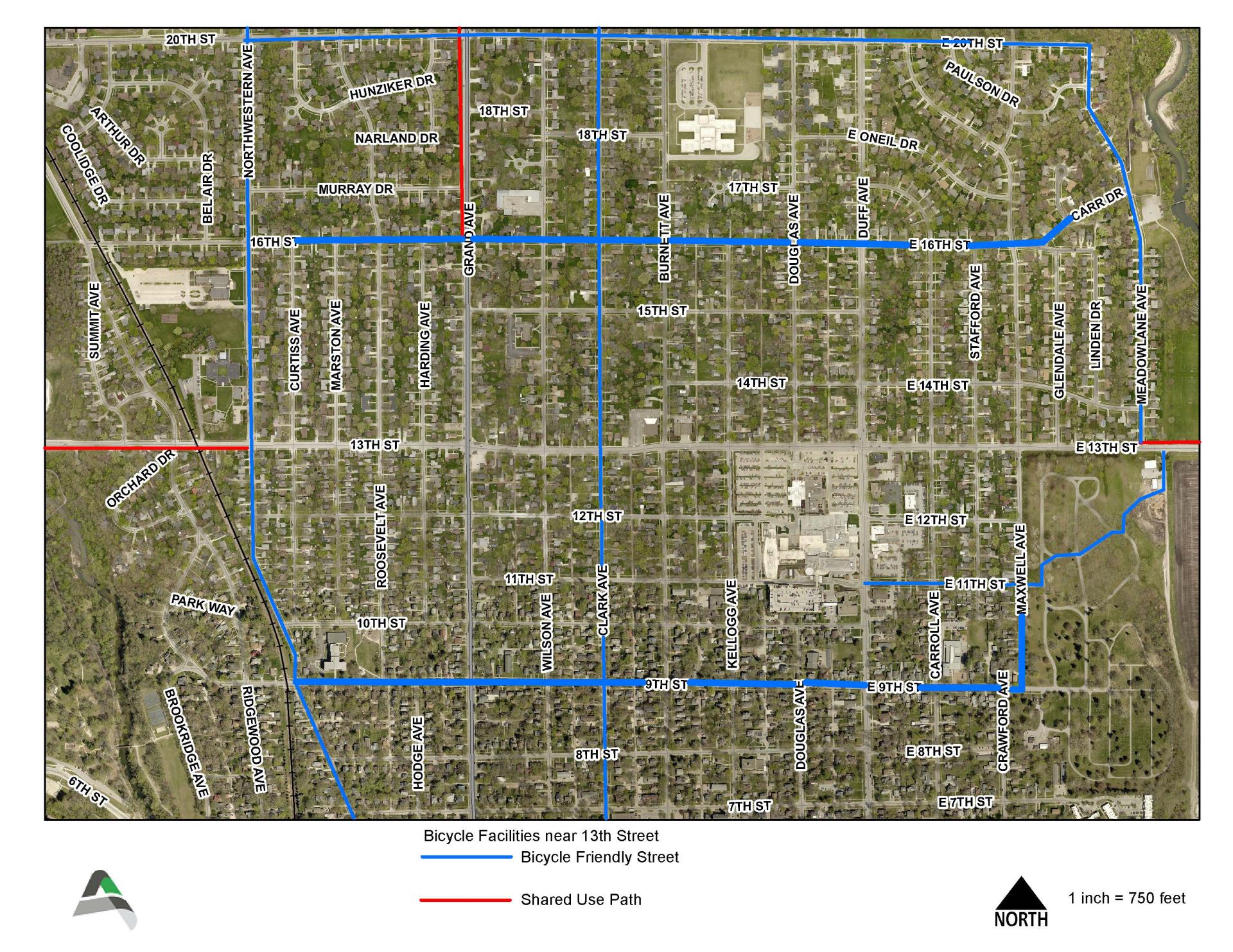