Visit the Story County Auditor's website or call the office at 515-382-7210, for information about registration, absentee voting, polling locations, and more. (Note: Calls between Ames and Nevada are considered local.)

Ames residents can find their polling locations on the Story County Auditor's website by clicking here.

The City of Ames is served by a mayor and six council members. An ex-officio member from Iowa State University also sits on the council. The city is divided into four wards, with one council member representing each ward. The remaining two council members represent the city at large. 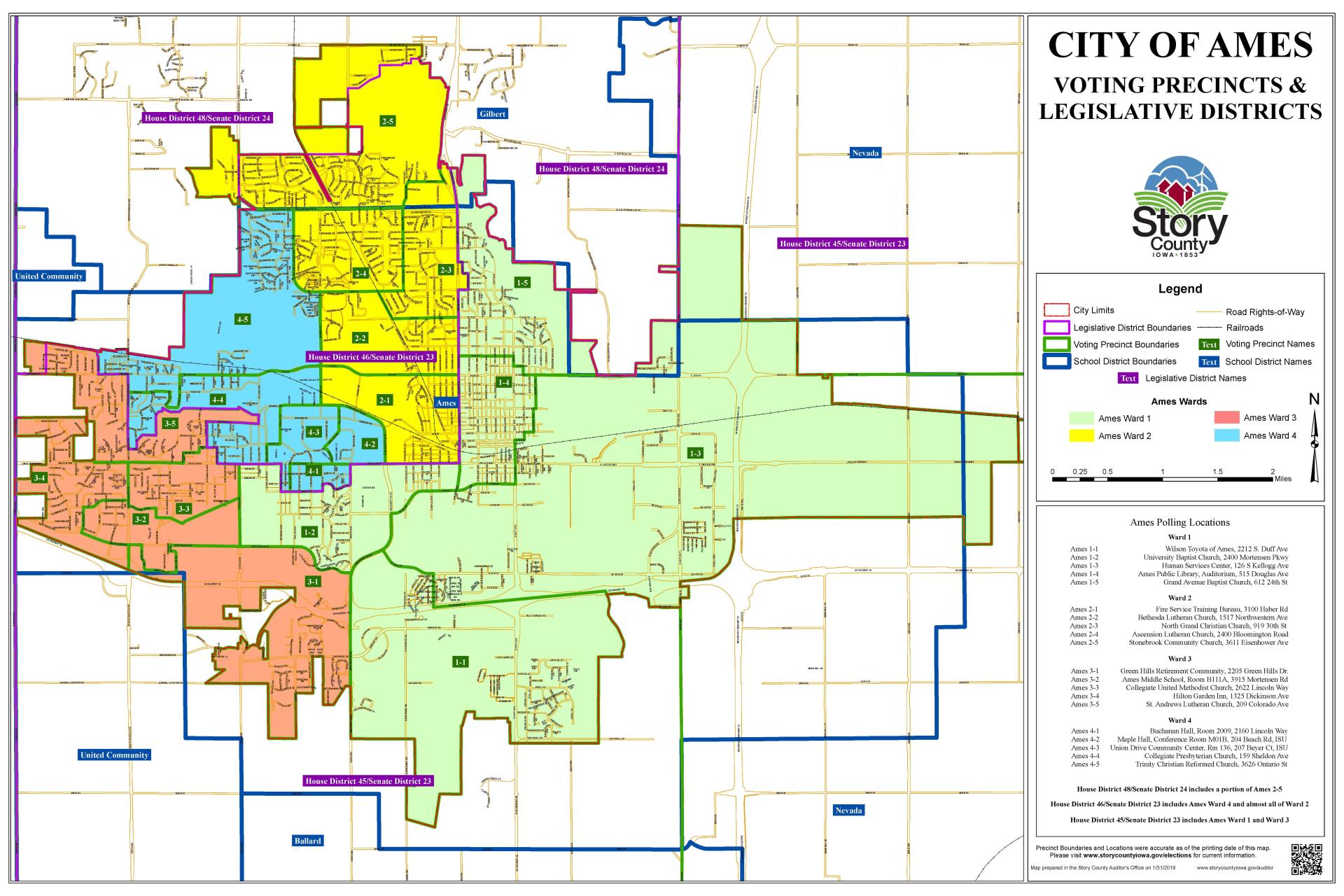