Ron Edwards has worked in the animal welfare field for over 34 years. His childhood dream was to one day be a Veterinarian. After working a few years in a sheltering environment, Ron knew that his passion in life to was to speak and care for homeless animals. It was then that his career path and life goals changed. Since he was a child, he has been devoted to rescuing homeless pets and finding them new homes.

Ron started his career in Southern California where he was born and lived for the first 43 years of his life. He started working in animal care and control while still attending high school at the largest Animal Care and Control agency in the United States. His career highlights include working as an animal care attendant, animal control officer, revenue services officer, communications center supervisor, shelter manager, animal care administrator and deputy director in charge of shelter and field operations for six large animal sheltering and control facilities. One of the achievements that Ron is most proud of was in 2007 when he directed a team of animal care professionals that was selected as Animal Shelter of the Year. Throughout his career, he has also developed skills in animal handling, fundraising, humane education and outreach programs, working with volunteers, staff development, and disaster training and response.

In August 2013, Ron moved to Iowa to lead Ames Animal Shelter and Animal Control program. “My passion in life is the animal welfare field and I love the work that we do to help all animals and the great people in our community. Nothing is greater than being able to combine your passion with your job, and work in a field where you know you are making a difference every day”.

Katie is from Bexhill-on-Sea England and came to Iowa to live near her husband’s family. She completed undergraduate in Comparative Literature at the University of Kent, and she is currently studying at DMACC and Iowa State University to get her prerequisites for Veterinary Medicine. Katie’s husband, mother-in-law, son Rowan, and daughter Sybil share their house with an Irish Terrier names Goose, and three rabbits named Kafka, Zelda, and Fitzgerald. 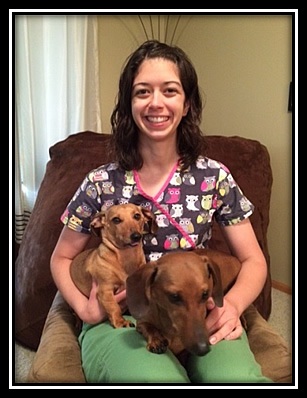 Emily has been with the City of Ames since 2008 as the Animal Care Specialist (Animal Control Attendant) at the shelter. Her daily routine includes feeding and monitoring the shelter's residents (ranging from cats and dogs to chickens, rabbits, birds, lizards and small rodents), cleaning and sanitizing the animal housing areas, and working with volunteers. No day at the shelter is ever the same; that's one of Emily's favorite aspects of working in a constantly changing environment. The furry companionship she receives daily from the residents is a big perk too!

Emily grew up in Ottumwa, IA and earned her degree in Animal Ecology from Iowa State University with an emphasis in animal care and companion animal sciences. Prior to working at the Ames Animal Shelter, Emily also worked as an animal caretaker at the Blank Park Zoo in Des Moines and the International Exotic Animal Sanctuary in Boyd, TX. In her spare time, Emily enjoys spending time with her husband, chasing after her daughter and snuggling with her two dachshunds.

Growing up when Alex held birthday parties instead of presents she would ask for her guests to bring donations for local animal shelters. Even at a young age, she always knew she wanted to work with animals, but she didn't know how. When she started out at Iowa State University she studied Environmental Science but that quickly changed to Animal Ecology (Pre-Vet and Wildlife Care) and Biology after she started volunteering at the Wildlife Care Clinic at Iowa State Vet Med, and working as a Veterinary Assistant at Companion Animal Clinic in Gilbert. After graduating in May 2017, she started as a Veterinary Technician at the Animal Rescue League of Iowa where her love for shelter medicine blossomed. In July of 2019 she joined the staff of the Ames Animal Shelter as their Veterinary Technician. Alex's goal is to one day become a shelter medicine veterinarian to further aid in speaking up for homeless animals and to travel to under-developed countries to teach the importance of spaying and neutering and vaccinations.
In her free time, Alex enjoys taking her rescue dog, Lila, to the dog park with her husband, reading, volunteering at her church, and taking classes to further her education in shelter and veterinary medicine. 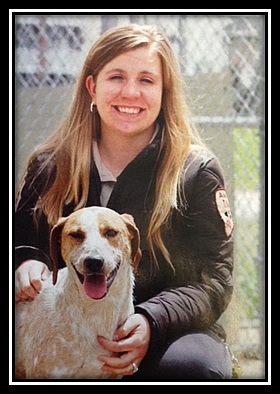 Kathleen (Kathy) Pike started working part-time for animal control as an officer in April 2010 and was promoted to full-time animal control officer in November 2013. Kathy is no stranger to animal care having worked at various shelters, clinics, and hospitals since 2007. In May 2013 she graduated from Iowa State University, where she received her Bachelor of Science degrees in Animal Science and Animal Ecology along with a minor in Criminal Justice. When she is not out chasing dogs and educating the public Kathy can be found horseback riding, fishing, and working outside.

Ashley knew she wanted to work with and help animals ever since she was a little girl. She grew up in central Illinois, and got her first job in high school as a kennel attendant at her local pet boarding facility. Ashley moved to Iowa to go to college at Iowa State University where she majored in Animal Ecology. During college she worked as a dog groomer, started volunteering/fostering dogs through EPIC Rescue, and even studied abroad in South Africa! After graduation, Ashley worked at Blank Park Zoo in Des Moines as a large mammal intern. Shortly after her internship ended, Ashley started working as a part-time animal control officer for the Ames Animal Shelter in June 2018. In their spare time, Ashley and her fiancé love spending time with their three rescue dogs: Chester, Franklin, and April, and their two ball pythons named Sir Bananas and Mr. Mocha. 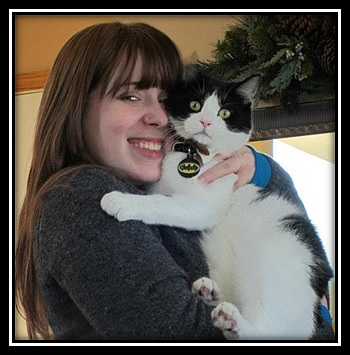 Abbey discovered her passion for helping animals when a robin with a broken wing found its way into her backyard. At twelve years old she scooped the bird up in a cardboard box and asked to be driven to the wildlife clinic so the bird could be “fixed.” From that point on, she knew helping animals in need was her passion. She carried that with her to Iowa State University where she intended to major in Animal Science with an option in Pre-Veterinary Medicine. She explored the field of veterinary medicine working as a veterinary assistant at a local clinic for several years until taking a position as an Animal Control Officer with the City of Ames in 2013. Abbey quickly discovered her love for working in a shelter and helping homeless animals who have no one else to speak for them. She then decided a change of plans was in order and made an alteration to her educational path, graduating Iowa State University in 2014 with a Bachelor’s of Science in Animal Science with an option in Companion Animal Management.

Abbey continued to work at the shelter after graduation, knowing working for the City of Ames Animal Shelter was where she wanted to be. In October of 2015 Abbey was promoted to the shelter’s full-time Animal Control Clerk. Abbey’s main duties consist of counseling owners both over the phone and in person, conducting adoptions, caring for sheltered animals, managing the volunteer and foster programs, and handling all clerical duties at the shelter. Even when not at work Abbey can usually be found in the company of cats and dogs, be they her own or fosters, playing volleyball, or gardening.