Live, Work and Play at the ISU Research Park 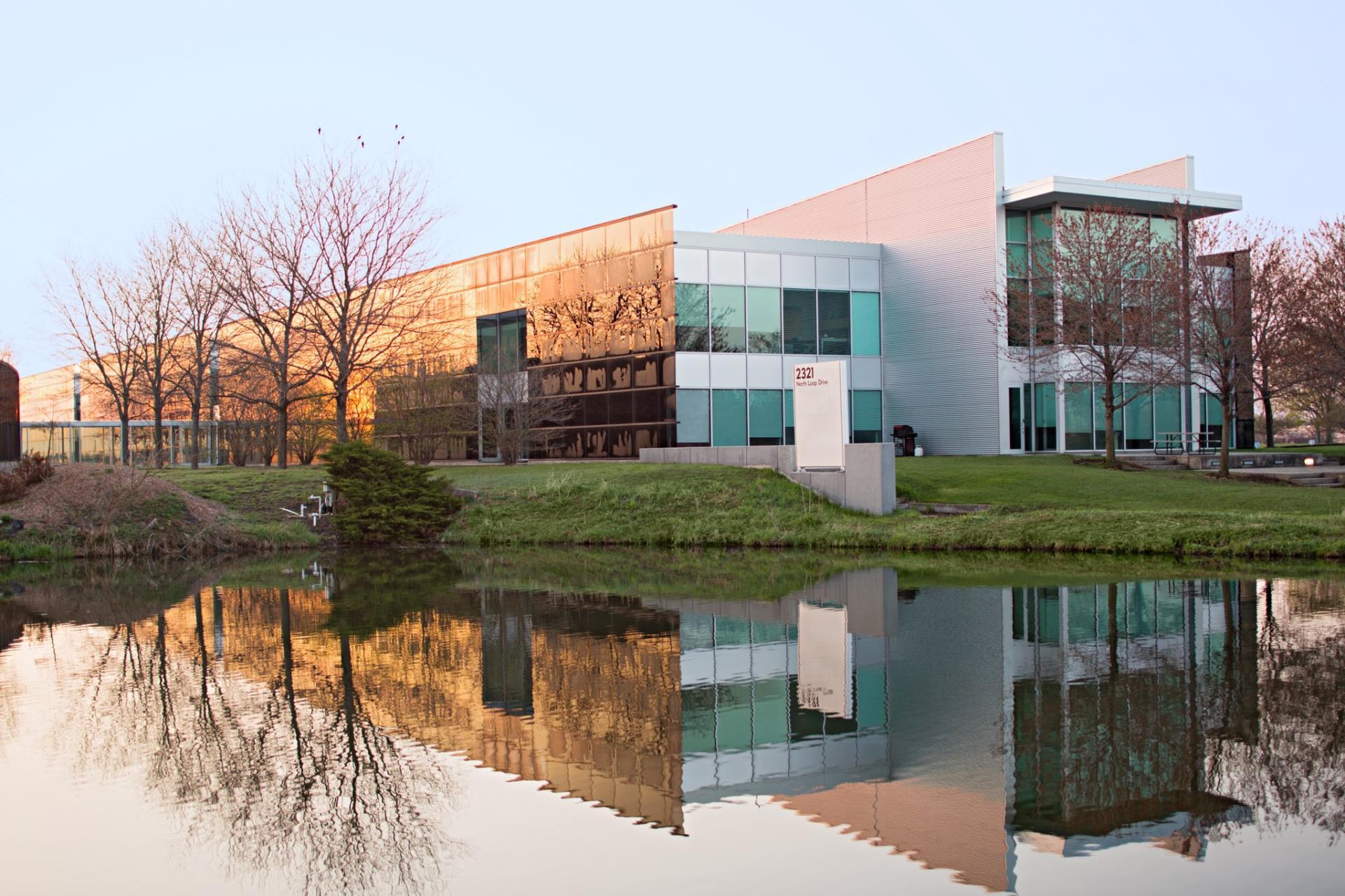 The ISU Research Park has hit a home run in Ames. So much so that it is in the midst of a major expansion. The “theme” of the next three phases of development encompasses the ability to live, work and play, all things that our businesses say they want to keep their employees happy, says Alison Doyle who oversees marketing for the park.

The ISU Research Park is in the process of expanding into 200 new acres. Doyle says the main building, already completed, will be surrounded by commercial entities including a new gym, restaurants, coffee shops, retail shops, dry cleaning and more. There will also be a 35-acre park that will be connected by trails and eventually be hooked into the High Trestle Trail. Ultimately the goal is to have anything and everything the 1,700 employees of the 70 companies who currently make up the ISU Research Park campus - as well as for the companies who will join the campus in the future - desire.

“About five years ago, we recognized we were going to run out of space,” Doyle says. “As the companies grew, we learned from them that they were looking for a different kind of work environment. They wanted amenities where people can do their business while they are at work. They wanted things like interconnected trails.” Doyle continues, “We also learned that companies wanted a dynamic and different sort of work space. All our new spaces are incorporating this philosophy and all the new buildings will incorporate sustainable principles.” 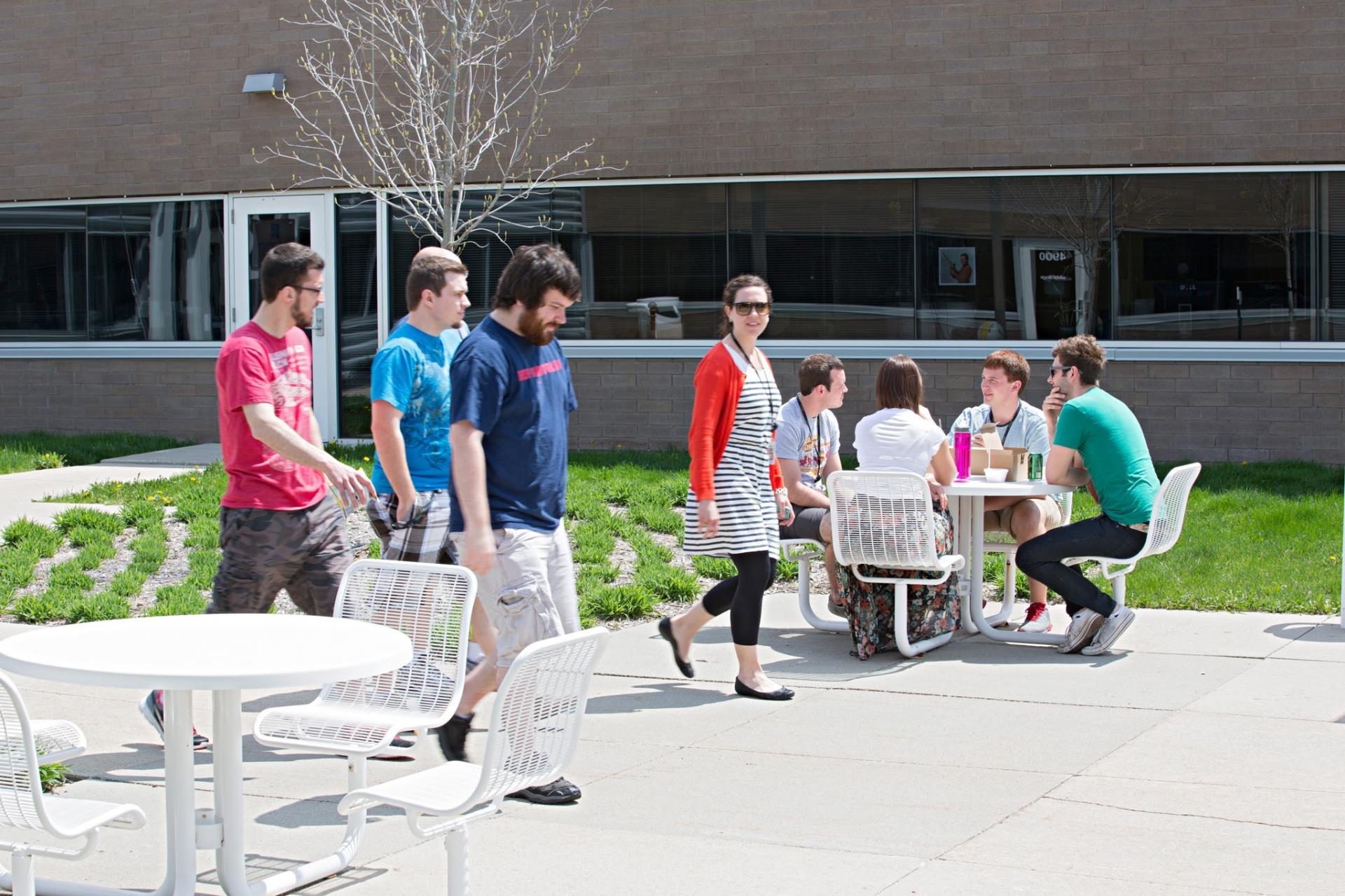 Some of these start-ups include Workiva, BodyViz and Global Reach who was named one of America’s fastest growing companies in 2014 by Inc. magazine.  The ISU Research Park also features several Who’s Who in the agriculture and tech sectors including Boehringer Ingelheim Vetmedica, Vermeer and Merck partner, NewLink Genetics Corp.

In the meantime, the future is bright. Doyle says in 10 years when the land in the north and south is built out she anticipates the park will be home to around 2,500 employees. Then in 10 to 15 years when Phase 3 is completed, she estimates there will be between 4,000 and 5,000 additional employees.

“As the community grows, the world-class assets here will really, really shine,” says Doyle. “This place will start to be recognized that those of us who have been here for awhile already know, it’s special.”

Find out about some of the other high-tech, innovate companies at the ISU Research Park. Visit AlwaysAmes.com to learn about living in Ames. 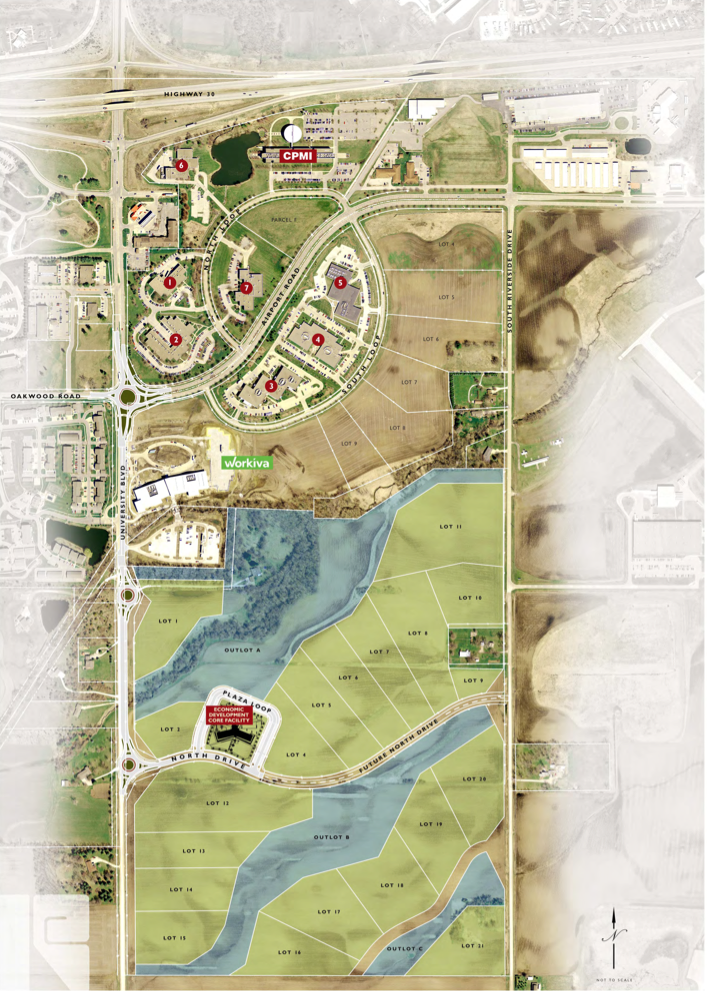